I thought I was ready for my kids to be out of the toddler stage. I am excited that we will get a “raise” starting in the fall because my youngest is starting Kindergarten. It’s been 10 years since we have not had to pay some sort of childcare. When our 7-year-old started school 2 years ago, we felt the relief of only having one child in preschool again. Now, the finish line is so close. With the start of the school year next year, we will be done with those extra monthly bills!

There are several things to celebrate now that we are on the brink of all school aged kids. I know how emotional it is for so many mommas to have their baby start Kindergarten, but until recently I didn’t think that would be me. No tears shed over saying goodbye to diapers, sleeping through the night, not packing up half the house to leave, and lots less tantrums! However, the other night made me realize I’m lots more like those tearful mommas than I realized.

My youngest, Brady, and I have a bedtime routine. Ever since I can remember him wearing “big boy” pajamas, we have done the same thing at bedtime. Whenever he is putting on a pajama shirt that goes over his head, I open the neck hole wide over my face and he gives me a kiss before I put it over his head. Well, that all changed last week.

I’m puckered up in front of my four-year-old and instead of a kiss he says “those days are over.” What just happened??? I was so caught off guard. He’s snickering about it standing there shirtless and I try a second time. My cute little bare chested man says it again, “those days are over.” I give him a hard time about it and try to get my kiss, but he’s not budging. He says that’s what babies do and he’s too old for it now but he will kiss me after he has his jammies on. I proceed to put his shirt on and then get my kiss!

Overnight that ‘lil stinker decided he was too old for our regular routine. At least he still will kiss his momma! He will even still kiss me in public. And not just a little peck on the lips, Brady boy gives me an all out smooch! I’ve never been a fan of PDA, but that doesn’t count when it’s your sweet kiddos! I’m loving each and every one of these that I can get because I know one day “those days are over.”

I’m sure when the time comes, I will be blubbering just like so many other mommas as I drop him off for Kindergarten. Now that I think about it, at the same time I will be taking my oldest to her first day of Middle School. Bust out the tissues; I’m going to be a mess!

It's Time for a GIVEAWAY! 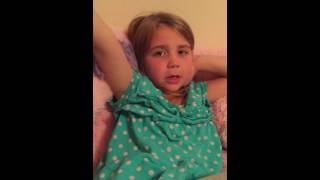 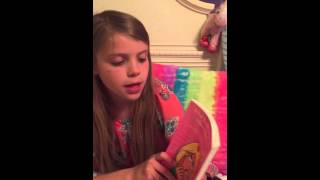 I got the first copy of my book today!!